This case study aims to check the feasibility and performance of the packet utilization standard (PUS) communication scheme of the Solar Orbiter (SolO) instruments, over SpaceWire. The scientific payload of SolO consists in a combination of in-situ and remote-sensing instruments, built to address the main goal of the mission, which is the study of the Sun heliosphere. The development of this case study is divided in two distinct stages: i) to implement of the PUS communication scheme; ii) to evaluate the performance of the communication.

The system developed to support this case study concerns two applications, which are in fact two different systems. One of them represents the onboard computer (OBC) whereas the other represents a scientific instrument. Succinctly, the OBC receives a small set of data from each instrument in the mission, gather these data and broadcasts them to all the instruments. The main purpose of this simple application is to measure the performance of the communication, according to different configurations (different processor frequency, cache enabled/disabled, number of tasks in execution, etc.). The several phases of development of this project are supported by the TASTE tool-set. The development of this project benefits from the Black Box Device abstraction provided in TASTE, that allows the use of user-defined protocols. 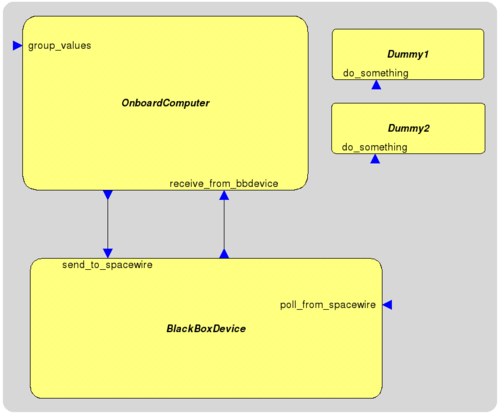 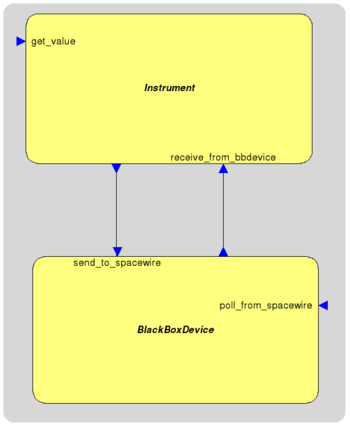 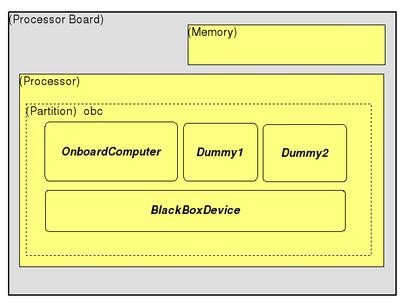 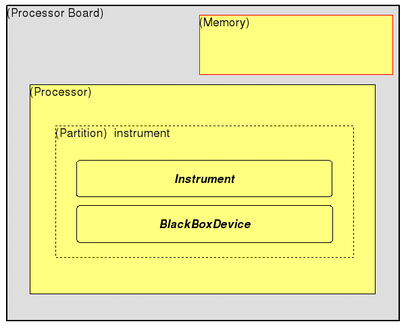 The OBC interfaces with the payload units via a SpaceWire network.

Description of onboard computer functions

Herein are described the steps/commands for building and testing the applications. The commands are similar for the onboard computer and the instrument systems.

Build the project (in the obc or instrument directories)

Load the binary file to the LEON board: