Difference between revisions of "QGen"

This document contains a simple demo workflow illustrating the bindings between architectural modelling in TASTE and corresponding functional models from Simulink and code from QGen.

QGenc version 2.1 is required to generate the code.

The demonstration model represents design of a PID controller with signal filtering for motor control. We assume that functional design is done already by the control engineer by the time the software design activity starts. Both the "plant" (Figure 1.1) -- motor and its environment -- and the controller (Figure 1.2)are validated using Simulink models. 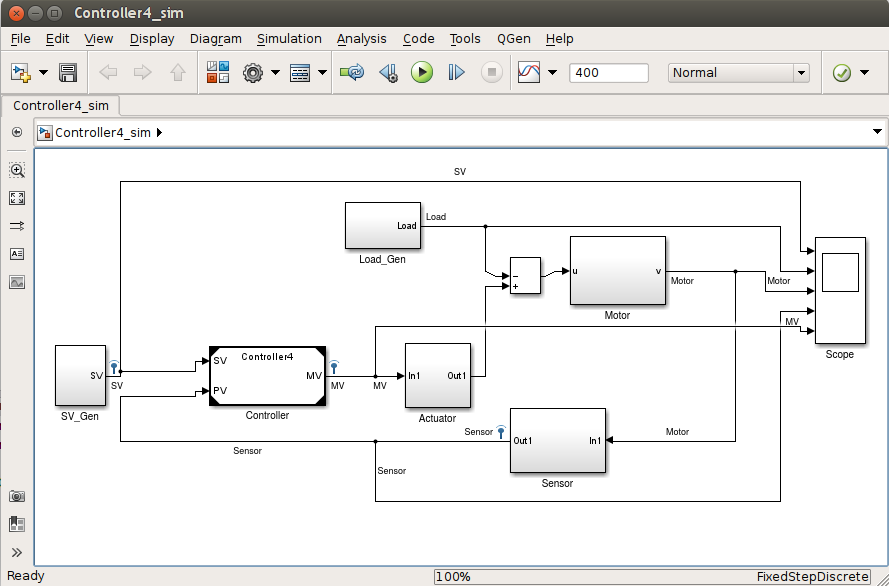 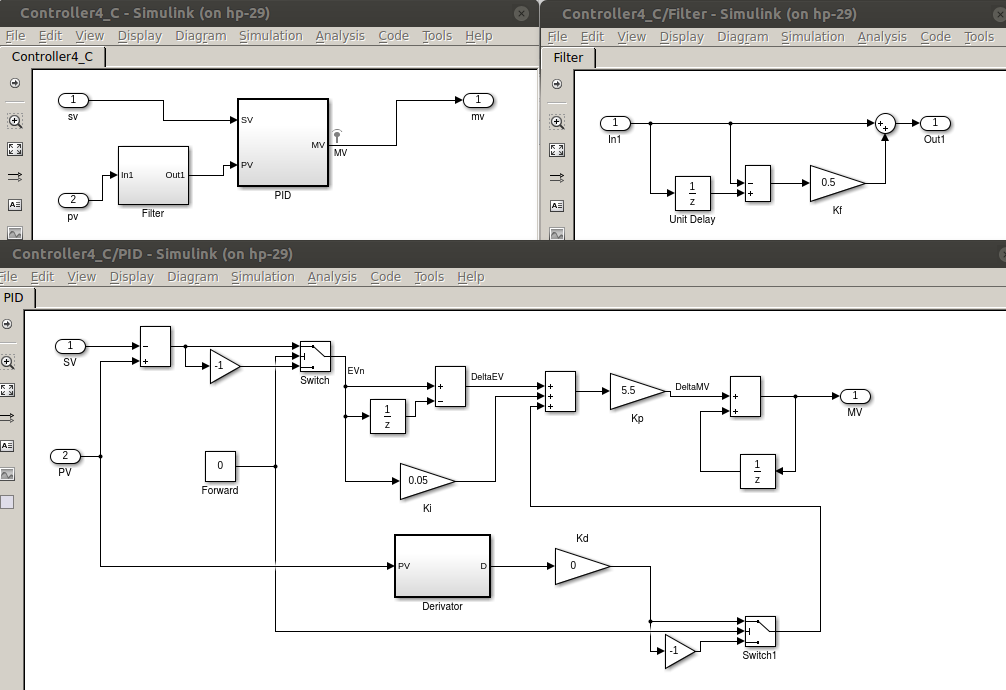 Architecturally we divide the system into three parts:

The fourth component found in the model -- the Monitor -- is included only for testing purposes. It allows to observe the execution of other modules and compare the function outputs. We have also included two copies of both PID and plant to compare execution of code generated from the same model in C and Ada.

The interface view determines the components of the model as follows:

After completing the component specifications one has to decide the packaging and deployment of the components and determine the communication mechanism. This is done using the deployment view. In current case we have chosen to run all the components on the same node: 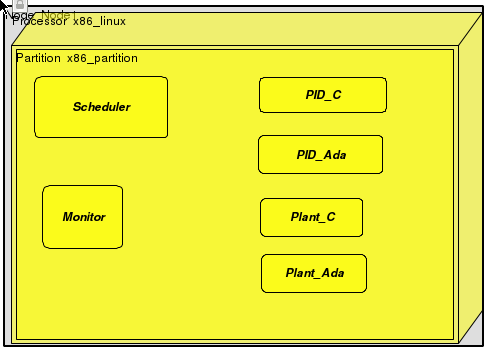 Now the models are ready for code generation

To use QGen in TASTE the source language of a function must be set accordingly.

This is the only QGen-specific step in the TASTE editors the rest of the required information is derived from InterfaceView and DataView specifications.

The next step ist o generate the code skeletons either from the menu of Interface View Editor or from the command line in demo_controller4 folder:

Editing the Simulink model and generating decoration file for QGen

Among the other things taste-generate-skeletons generates matlab scripts for Simulink model interfaces (one per component). These scripts create a model for each component (if it does not exist) and a port for each interface parameter from the Interface View.

As for this demo the Simulink models for components already exist the ports simply need to be reconnected to make sure that the interfaces of Simulink model can be correctly bound to those in the TASTE interface model.

Clear the Matlab workspace and repeat all the steps with Controller4_C.mdl. Workspace cleanup is important as the data type definitions are genrated diffrently for C and Ada code generation as the type information is made available for QGen through Bus and AliasTypes in Simulink the workspace content is different.

Running the build script and executing the result

When the last part is finished successfully, it is time to go back to TASTE and run the generated build-script.

The script starts by executing QGen for each model according to the language specification from TASTE interface vies. As a result C code is generated for one PID component and Ada code for the other.

When the build-script has finished, two executables should be found in binary/binaries folder. Run the x86_partition in one terminal and GUI-monitor in another terminal.